PT Panca Amara Utama (“PAU”) is a 700,000 MT per year Ammonia initiative. Ammonia is a chemical compound used in the manufacture of fertilizer, explosives, acids and other petrochemical products. This USD 800 million project is built near Luwuk, Central Sulawesi. One of the biggest industrial projects in Eastern Indonesia, PAU initiative supports the government’s directive to increase domestic value addition within the country.

PAU’s Ammonia plant runs on KBR’s Reforming Exchanger System & Purifier Technology, the leading technology in Ammonia production. This represents its first application in the world, which puts Indonesia at the forefront of Ammonia production worldwide.

Construction began in June 2015 and the plant began commercial operations in August 2018. 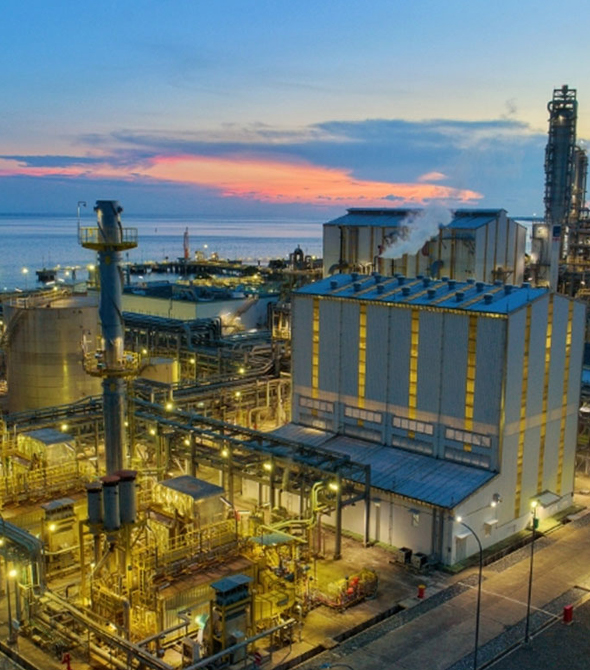 Ammonia is an inorganic compound of colorless gaseous form, consisting of Nitrogen and Hydrogen with the formula NH3. The Ammonia product that PAU produces is in liquid form, stored in an atmospheric tank at -33 degrees C. Ammonia is used as the main raw material for the manufacturing of fertilizers. As well as other derivatives including explosives, dyes, household cleaners and nylon.
Scroll Up